Photography with reference to Aviation

The first regular air service, after WWII, between JHB (Palmietfontein) and London was called the "Springbok Service".
It was jointly operated by SAA and BOAC. The Avro 685 York was the type used on the service.
SAA's inaugural flight left Palmietfontein early morning of 10 November 1945 and arrived at Hurn near Bornmouth two and a half days later on 13 November 1945.
The picture below was taken after the arrival of Avro 685 York ZS-ATP (ex G-AGNR) named "Springbok" in Hurn on 13 November 1945 and shows fltr :
purser Eric van de Vyver, co-pilot Capt.Les Inggs, radio officer J.Bagley, High commisioner Heaton-Nicholls, commander Capt. Frikkie Fry and chairman of BOAC Lord Knollys. 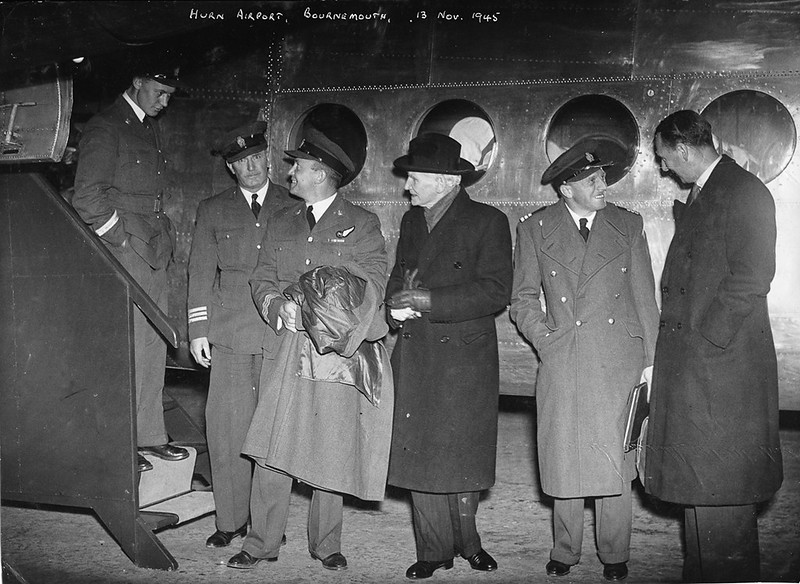 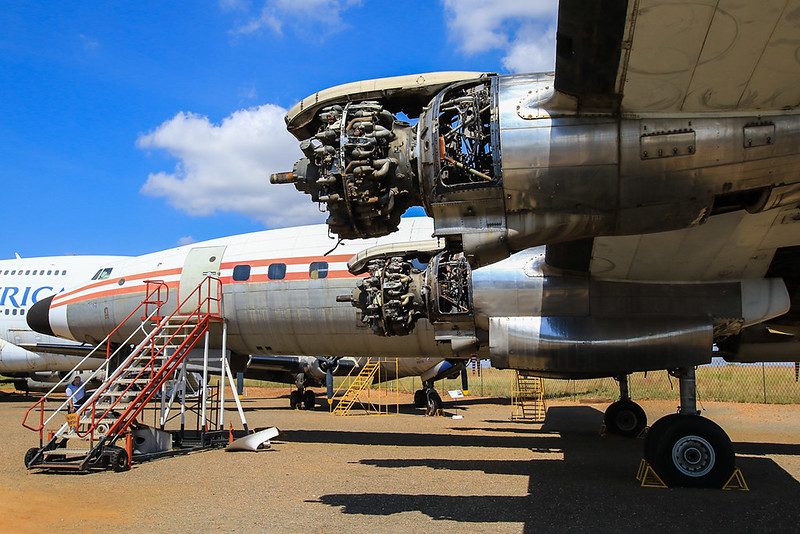 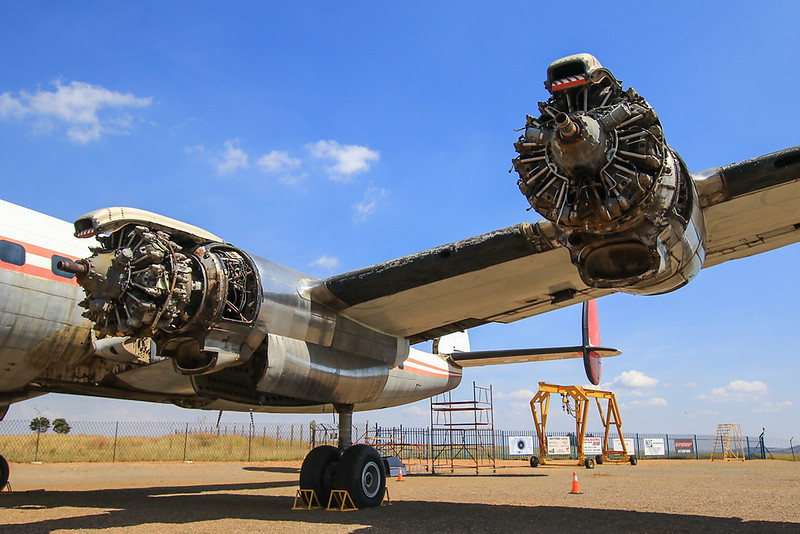 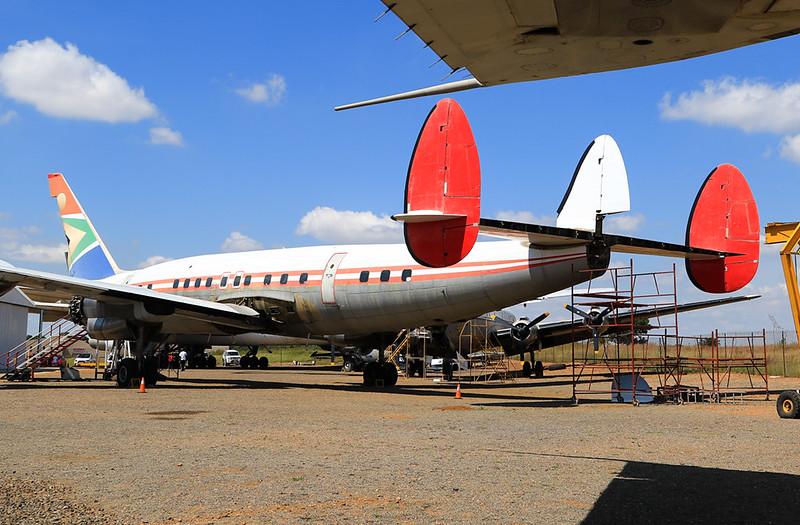 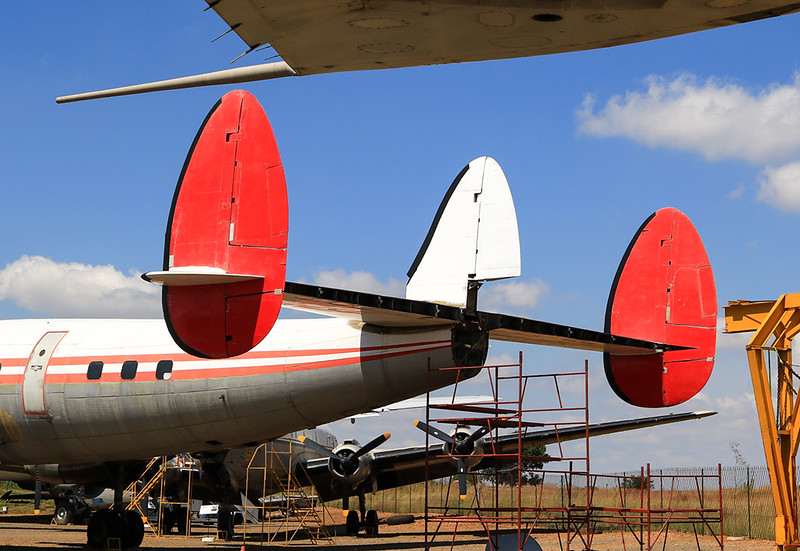 Vickers Viscount 813 ZS-CVA "Rietbok"
This pic was taken in March 1963 shortly after the plane was purchased by SAA from the Cuban airline Cubana.
The "Rietbok" crashed into the sea approx. 2,5km from the shoreline on its approach to East London on 13 March 1967. 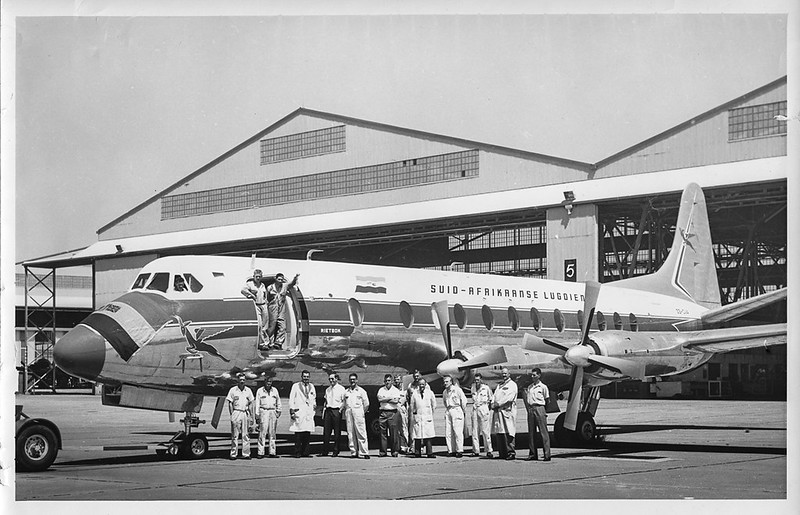 A few pics of an incident that happened at Durban airport on 22 April 1964.
The aircraft involved was Vickers Viscount 813 ZS-CDZ "Hartbees". 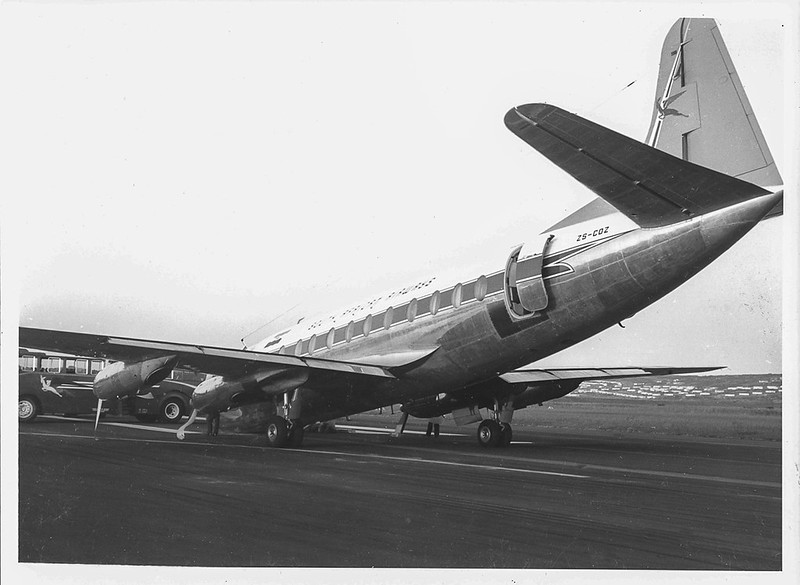 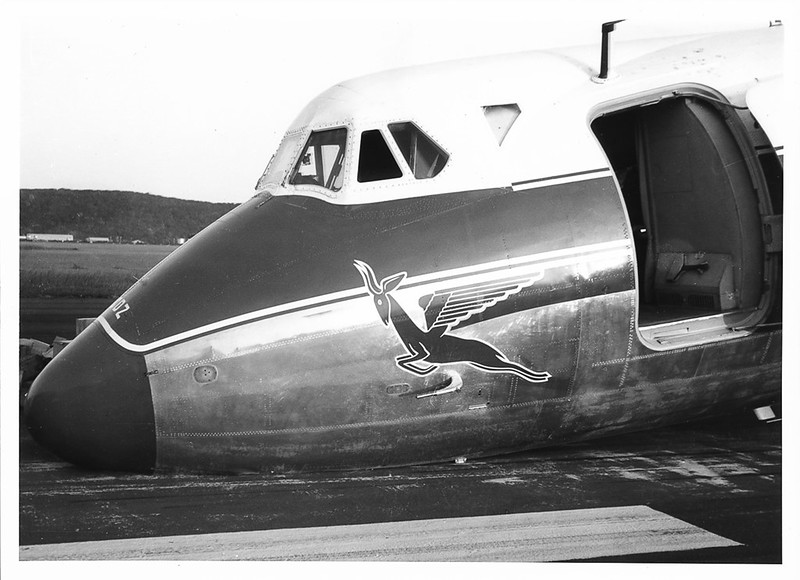 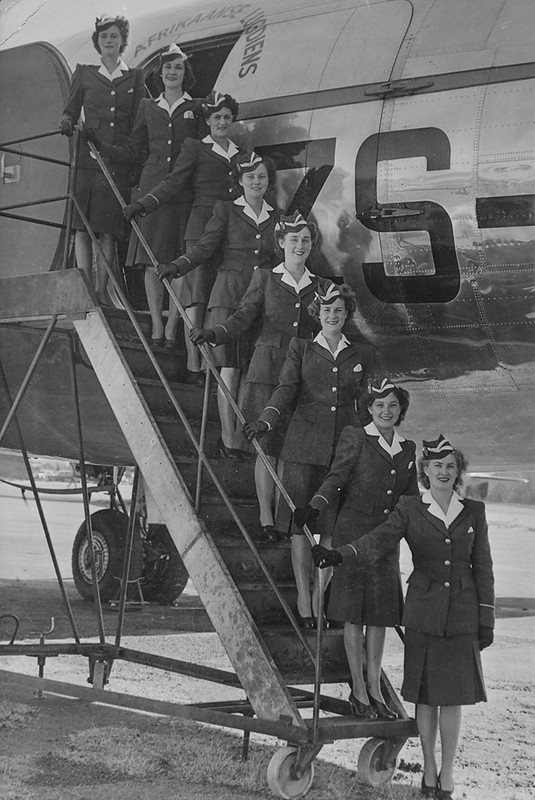 Pic taken at Rand airport in winter of 1945.
One SAA Lockheed L1808 Lodestar ZS-ASX on the apron and another taxiing out for take-off. 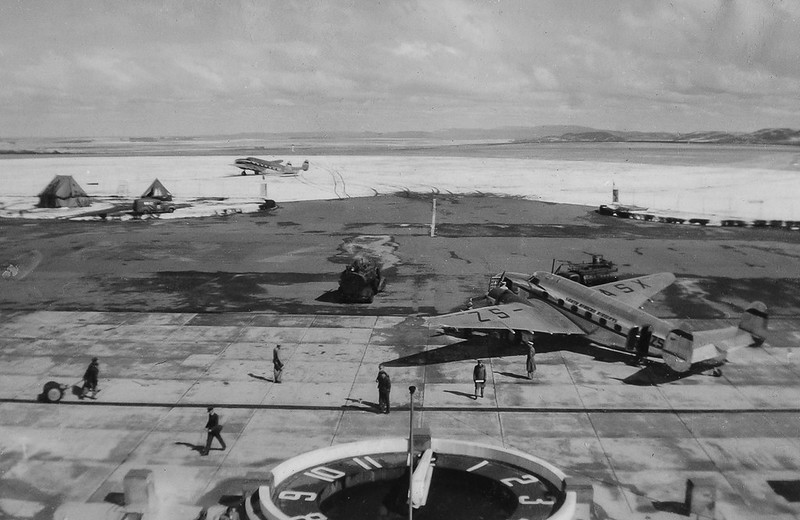 Pic taken at Rand airport in 1934.
This must have been the first Rand Airshow ever 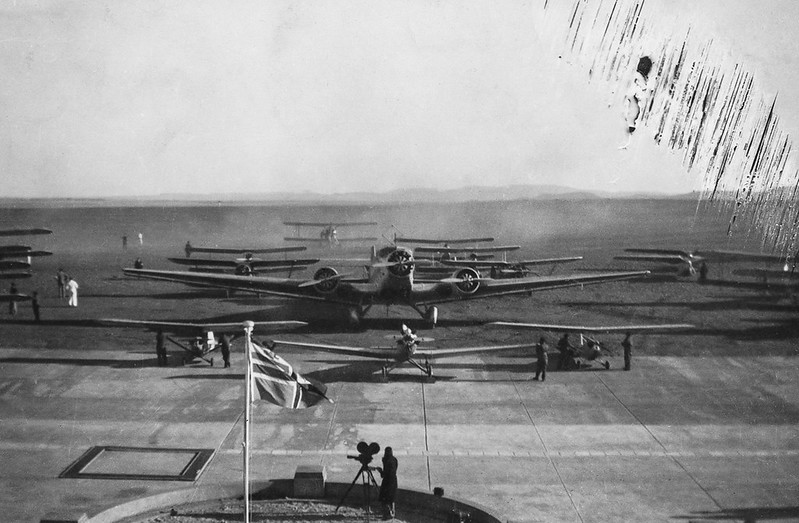 Some pics of the recovery/salvage of SAA's Boeing 707-344A ZS-CKC at Nairobi airport.
The aircraft was badly damaged (on 30 Oct 1960) when, during a night approach, it undershot causing severe damage to the nose gear and surrounding fuselage area.The crew managed to do a go-around and carried out a wheels-up landing ; the plane came to rest off the end of the runway. Nobody was injured and all were safely evacuated.
A major salvage operation and field repair was organized by SAA and Boeing. On 8 Jan 1961 the plane was successfully test flown at Nairobi. Two days later it arrived back in JHB and was immediately returned to service.
Three weeks later the plane was again involved in an accident whilst it overran the end of the runway after landing at Zurich ending up in a ditch; the nose wheel and surrounding area was badly damaged. Boeing was called in to carry out yet another field repair job. It was decided that after this repair the aircraft would fly directly to Boeing in Seattle for final repairs and some performance improving modifications. On 19 Feb 1961 the plane left Zurich for Seattle.
Unbelievably,whilst at the Boeing plant, ZS-CKC fell on its nose when the gear was accidentally retracted,fortunately this time the damage was only slight. 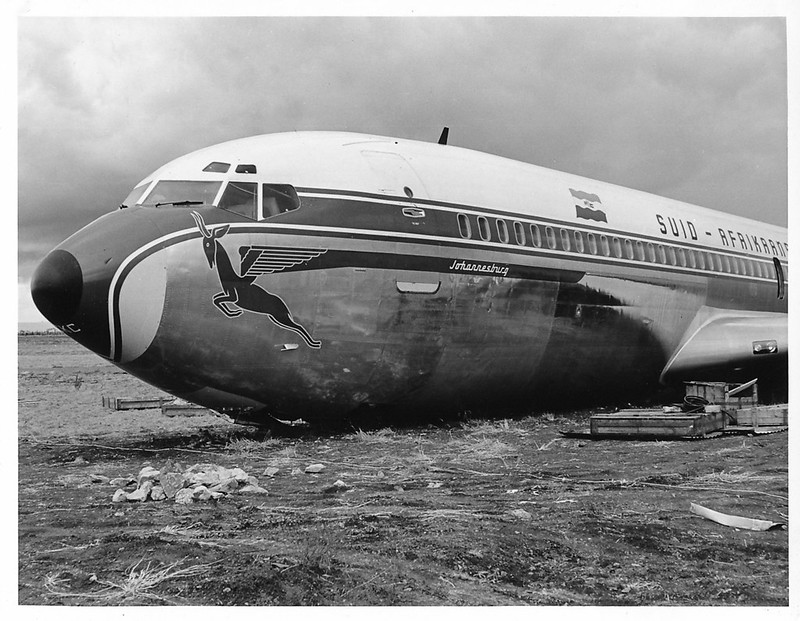 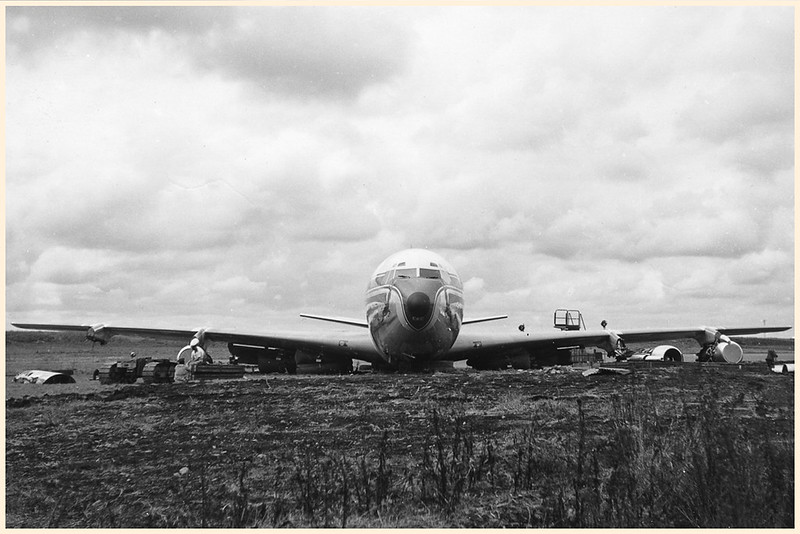 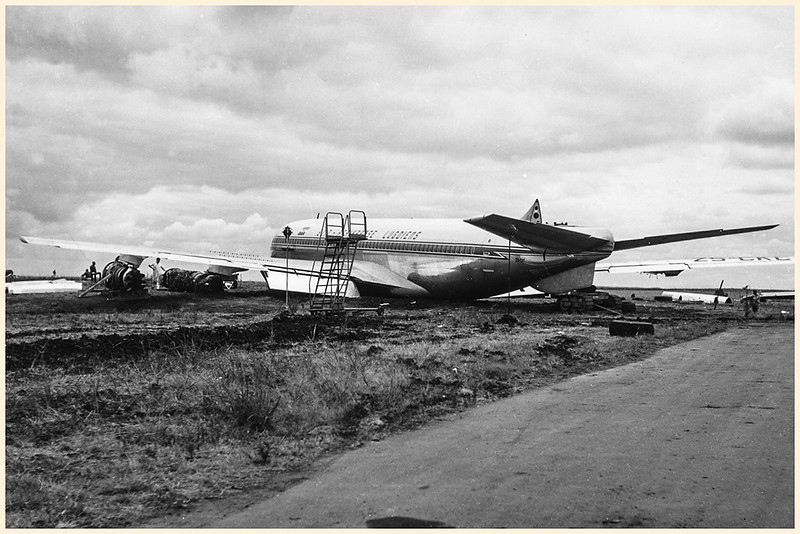 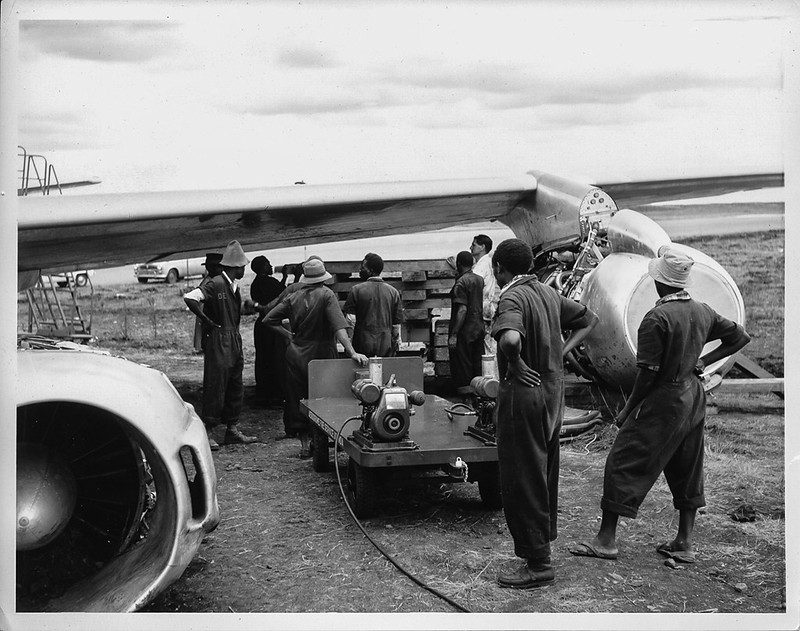 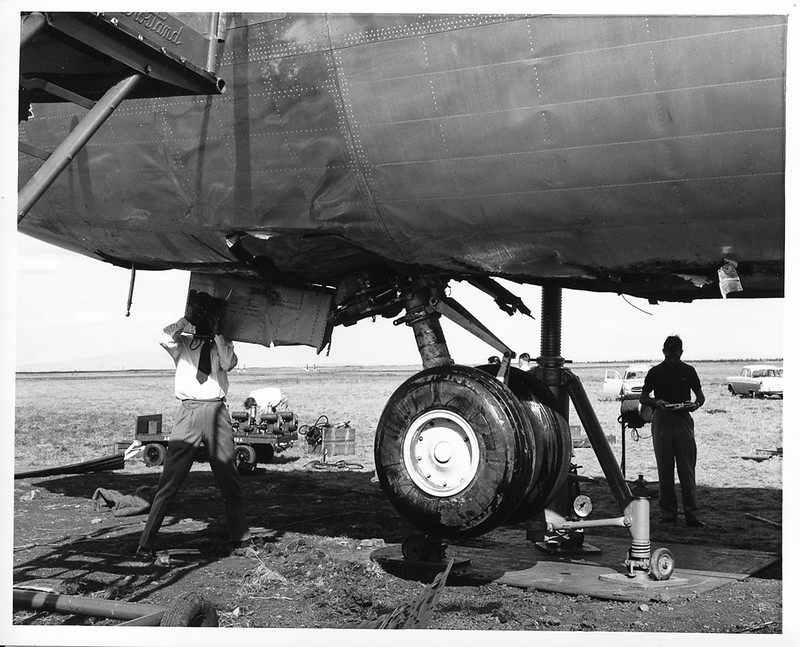 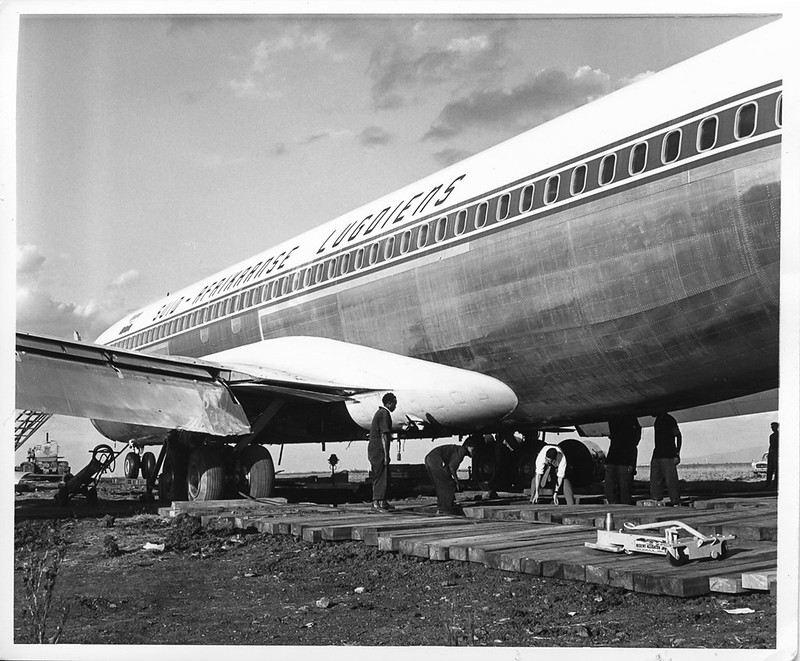 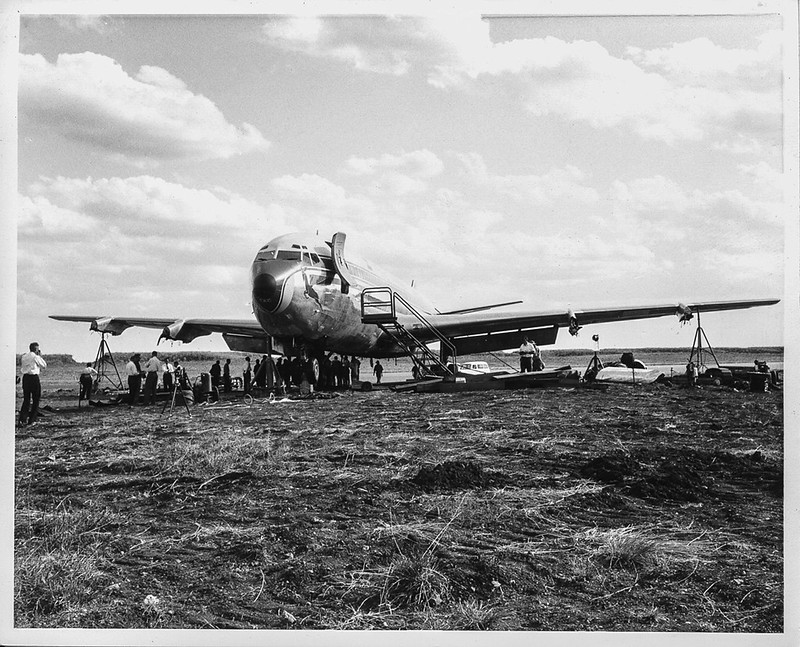 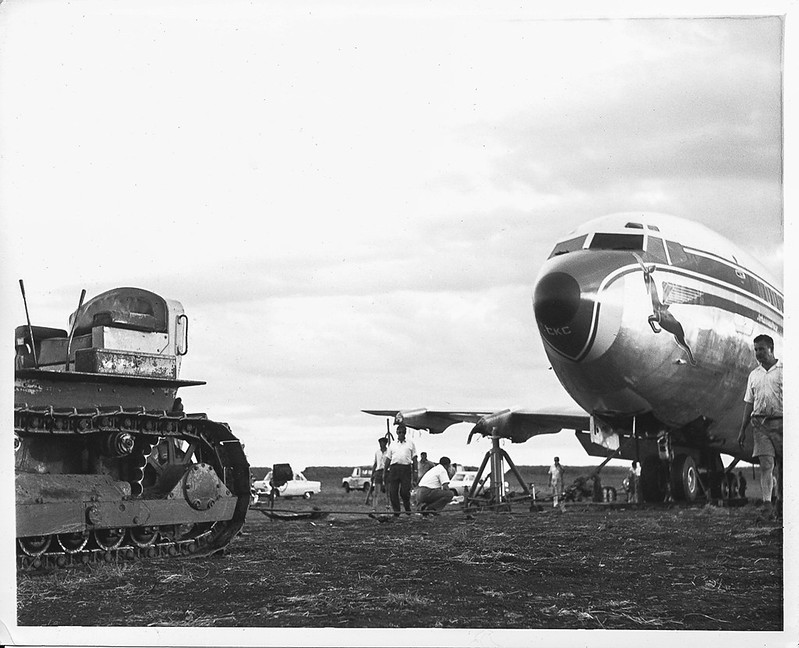 These users liked the author photon for the post:
Glenn L

Amazing to see the history in these photos !! Thanks to all those involved.
Grant all equity and dignity.
Monzeglio Cook + Gibson Architects
Top

A beautiful pic of Lockheed L749A Constellation ZS-DBR ; the pic was taken somewhere along the coastline of California. 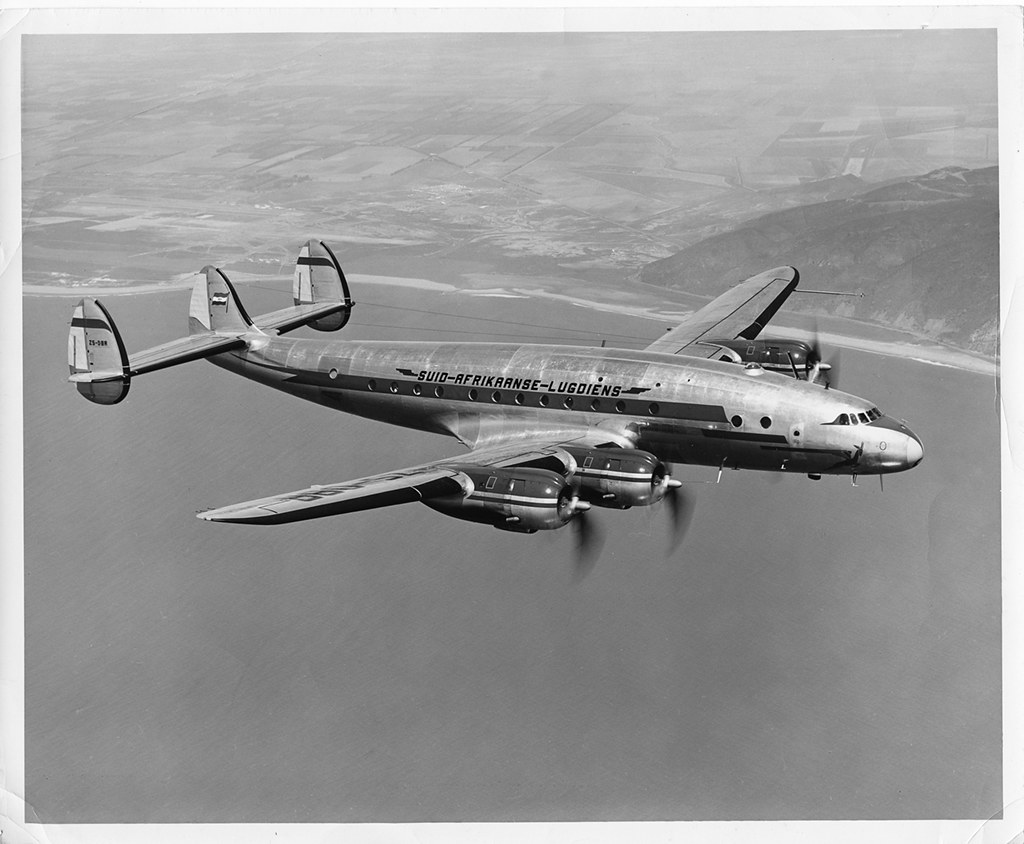 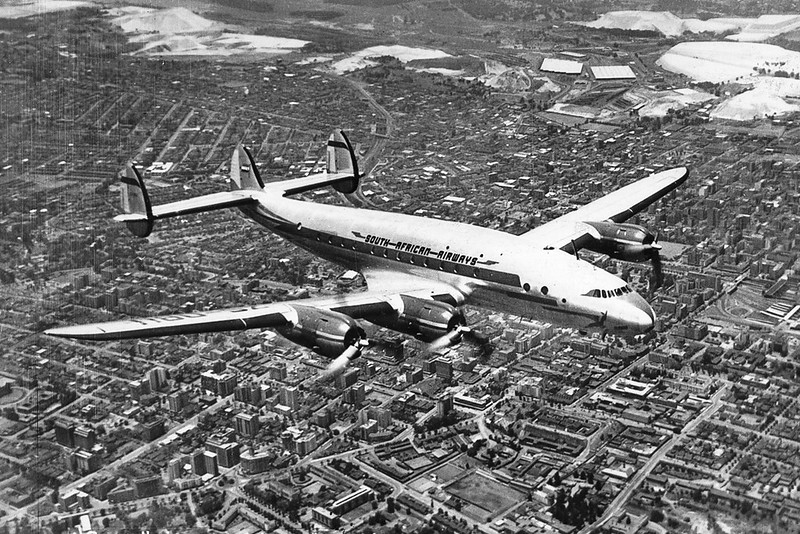 photon wrote: ↑
Mon May 06, 2019 7:44 pm
A beautiful pic of Lockheed L749A Constellation ZS-DBR ; the pic was taken somewhere along the coastline of California.

Here's a colourised shot
You do not have the required permissions to view the files attached to this post.
Old age & treachery will triumph over youth & skill
Top